5 Roadtrip Highlights Along US-29

This week we look at highway US-29. This route runs about 1,036 miles today, from Ellicott City, Maryland, a western suburb of Baltimore, to Pensacola, Florida. This is the same route it had in 1962. Strangely, the portion from Ellicott City to Culpeper, Virgina was intended to only be temporary when it was extended in 1933. At the time, it was expected that US-29 would eventually end up on a by-pass around Washington and Baltimore and then probably be extended via Philadelphia to New York City. Instead, the road still goes right through the historic center of Washington, D.C., where US-29 crosses the Potomac River on the Francis Scott Key Bridge. This beautiful concrete arch bridge was completed in 1923 and is Washington's oldest surviving bridge across the Potomac River. Farther south, quite a bit of US-29 now parallels the I-85 freeway between Greensborough, North Carolina and Greenville, South Carolina and from Atlanta, Georgia to Tuskegee, Alabama. Otherwise, you can drive pretty much the same route as in 1962.

My first recommendation to visit on this five-site road trip is the B&O Railroad Museum, right near the highway’s beginning in Ellicott City, Maryland. The museum opened in 1953 and was originally named the Baltimore & Ohio Transportation Museum. As with most museums, it has expanded and rebuilt over the years so I’m certain we can see much more today then back in 1962. The museum is located in the Baltimore and Ohio Railroad's old Mount Clare Station and adjacent roundhouse. These date to 1829, making the complex the oldest railroad manufacturing site in the United States. It is also the site of the first regular railroad passenger service in the country, in 1830, and the first telegraph message, by inventor Samuel F. B. Morse in 1844. The railroad equipment and artifacts here span the entire history of railroading, with 250 pieces of railroad rolling stock, 15,000 artifacts, four 19th-century buildings, and even a mile of railroad track. They offer train rides on that track, and also display both an outdoor G-scale model railroad layout and an indoor HO scale model. The museum and station were designated as a National Historic Landmark in 1961.

The last time I visited Washington, D.C., I toured all the usual tourist sites, both new and places we could have seen in 1962. One of my favorites was the Library of Congress. I love books, maps and libraries in general and the Thomas Jefferson Building of the Library is the grandest I’ve seen. The ornamentation, artwork, and sculpture keeps you looking in every direction as you tour the building. A number of historical exhibits complement the building and it is therefore also a museum. When I visited, there was an exhibit of historical maps and an exhibit on Bob Hope, giving a bit of a 1962 connection through photos. There are also tours of the other two buildings, the James Madison and John Adams Buildings. The James Madison Building is too new for our Roadtrip-’62, as it was only opened in 1980. If you can’t make it to Washington, there is even an online tour of the Thomas Jefferson Building. If you’re interested in other sites, you might try The White House. Tours were offered in 1962 and are again available, but only by reservation today. And more of Washington is covered at my road trip overview of highway US-1.

More history of our government is just down the road in Charlottesville, Virginia, the home of Thomas Jefferson’s Monticello. Built on a family plantation, Monticello was Jefferson’s home beginning in 1770, while it was only partly completed. He continually redesigned and rebuilt the home for more than forty years, from 1769 through 1809. From 1784 to 1789 he moved to Paris, France as the United States Minister Plenipotentiary for Negotiating Treaties. When he returned, he continued to live here until he became the third president of the United States, from 1801 to 1809. The house we see today still contains about 60 percent items that may be original to Thomas Jefferson. Other items are period pieces or reproductions. The original pieces had to be reunited with the house, as they had been sold off to pay debts upon Jefferson’s death. The house itself was sold several times until donated to the Thomas Jefferson Foundation, which owns Monticello today, in 1923. The Uriah P. Levy family owned and preserved the home for many of the years between. My favorite rooms are the library and the service corridor under the house. Jefferson’s own bed chamber, with silk curtains, marble-topped tables, and armchairs brought from his house in Paris, is also an interesting room.

Route US-29 crosses our US-23 trip in Atlanta, Georgia. I cover a lot of tourist sites in two pages about Atlanta, so I won’t repeat here. Breezing through Georgia and Alabama, we find the Conecuh National Forest, near Dixie, Alabama. Except for crossing a tiny corner of the Tuskegee National Forest, also in Alabama, this is the only National Forest on US-29. Conecuh National Forest was created in 1936 after the area was clear-cut for lumber. It was reforested with slash pine, which created a different type of forest than the native longleaf pine that was lumbered off. Species such as the red-cockaded woodpecker were nearly wiped out, but are now on the rise as the area is reforested with longleaf pine. There are still two forest lookout towers standing in the National Forest here, built about 1938. The main stop for tourists is Open Pond Recreation Area, with facilities also built about 1938. A picnic shelter, fishing piers, and trails are here around a small, natural sinkhole lake. The south loop of the Conecuh Trail leads to Blue Springs, a large natural spring of clear blue water.

Pensacola, Florida is the end of US-29, downtown at US-98. The city is nicknamed "The City of Five Flags", because five governments have ruled it during its history: Spain (Castile), France, Great Britain, the United States of America, and the Confederate States of America. Pensacola Bay has been a desireable ocean harbor since the Spanish arrived in 1559. Fort San Carlos de Barrancas was built by Spanish forces in 1797. It was later rebuilt after United States forces took the area, and Pensacola Navy Yard was added in 1825. The first Pensacola Lighthouse was built the year before and the current light in 1859. Today the fort and lighthouse are open to the public but they were not in 1962. The US Army deactived it after World War II but it was not transferred to the National Park Service until 1971. After extensive restoration, Fort Barrancas was opened to the public 10 years later. The Navy Yard was eventually renamed Pensacola Naval Air Station and today it is the base of the Blue Angels flight demonstration team (the United States Navy Flight Demonstration Squadron) and the National Naval Aviation Museum. You can sometimes see the squadron practicing overhead! The National Naval Aviation Museum is the world’s largest Naval Aviation museum. First proposed in 1955 by Captain Magruder H. Tuttle, the project was finally approved on December 14, 1962. Opened in 1963, it has been expanded many times and now encompasses 350,000 square feet of exhibit space and 37-acres of grounds. There are more than 150 beautifully restored aircraft representing Navy, Marine Corps, and Coast Guard Aviation, along with uniforms, flight gear, weaponry, medals and decorations.

Remember, you can find ALL the ROADTRIP-'62 ™ articles listed conveniently on the Archives page.

In 1962, the city advertised the Pensacola Beach Pier as “The World’s Longest Fishing Pier”. This 1,471 feet long pier is conveniently located on Casino Beach near entertainment and restaurants. If you do not arrive with fishing equipment, you can rent everything from fishing rods and baits down to coolers. During the summer, you might catch Bluefish, Pompano, Redfish, Spanish Mackeral, spotted Seatrout, or even Flounder, Cobia, or Tarpon. I’ll just enjoy a walk along the pier to try to catch a glimpse of manatees, cow rays, dolphins or other sea creatures. As the city is frequently subject to hurricane damage, I’ll also keep my ear on a radio, ready to take a quick Roadtrip-'62 ™ out of here if one threatens.

Weather on October 20, 1962 for Baltimore, MD, from the National Climatic Data Center: 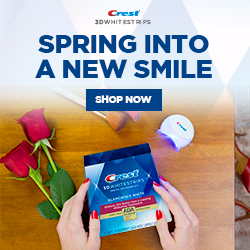